I've always loved meat loaf... Even that highly suspect meatloaf that they served at my high school cafeteria with the equally suspicious brown gravy!

Over the years, most of the people I've come across who  make meat loaf take a lot of care and it is more a work of art rather than just baked ground beef. Getting it just right is no easy trick and when it all comes together it is some kind of wonderful! Sadly, with the cost of ground beef getting silly (or if not expensive, then some kind of scary take your chances sort of thing) meat loaf is now more a special occasion sort of meal than a means of cutting costs... How things change! 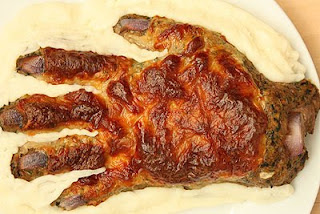 For a neat take on a special occasion meat loaf check, out Not Martha for some Halloween perfection!
Posted by RLW at 2:17 PM No comments:

Why can't anyone in the Caribbean make a decent burger? You won't find anything that looks like this down here... 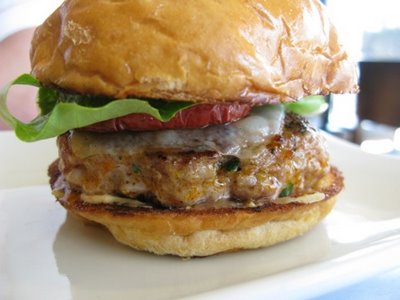 Dream Burger is a blog that does some awesome reviews of burgers and burger eateries and they have an awesome rating system... Sadly I doubt that there is a burger in the Caribbean that would surpass a "3"!

Blue Ocean Institute s a link that anyone who eats seafood should have bookmarked. 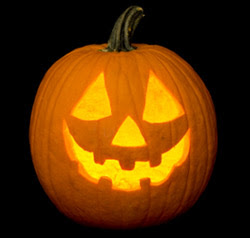 Two news stories that really caught my attention this week is the outlawing of my favorite holiday in Bobtown PA and the report about the ten most dangerous foods in America. Both instill fear and for most people seem quite reasonable and crank up that bunker mentality yet another notch. Too bad that both stories are really more the stuff of urban legends and simply bad statistics.

Everyone has heard the urban legends of kids on Halloween eating apples with razor blades, chocolates laced with strychnine  or LSD... Fact is it has NEVER happened anywhere in the USA... EVER! So the Bobtown politicos outlawing Halloween to keep the kids safe is hardly a needful law but it most certainly deprives kids of something special. No doubt we will be seeing more of this stupidity in the near future....

As far as the ten most dangerous foods story... It was all the rage this week. All of a sudden I could not read the news without being assaulted by stories telling me that potatoes were unsafe, Tuna was a near death experience and eating ice cream was suicidal but the fact of the matter is NOT SO! Take a moment and read Casual Kitchen for the real story. Just as an aside, it's interesting this came out while the meat industry is getting nailed yet again with bad press over the sad story of  Stephanie Smith and its spin-offs... Just a coincidence?

We seem to be living in an age of fear  and the powers that be like it just fine. If we are all in terror of everything we are easy to control.

Take your kids trick or treating... 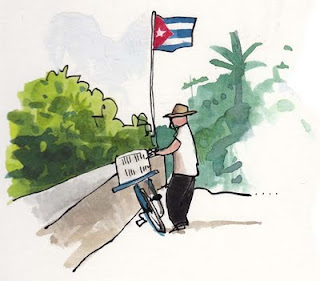 I really like  Lobstersquad, a great blog, always entertaining and the artwork always brings a smile...

Check out the current post for a world class mojito recipe!
Posted by RLW at 10:31 AM No comments:

Now I suppose we have to add a reefer to needful equipment....

The galley on "So It Goes" is, for want of a better word, spartan. It's a galley that any French Chef would feel comfortable in but provides very little in the way of  "hip" or "faddish" items that seem to take up so much room and never actually get used variety...

For instance, one thing we do not have is a freezer (reefer in nautical speak) and while the idea of a reefer has been on the "might get around to thinking about one of these days" list, it has pretty much stayed in the background as no real compelling reason existed... Well until now!

Friends of mine know that if there is one area of kitsch appeal that always gets my attention, it is things of a TIKI nature. 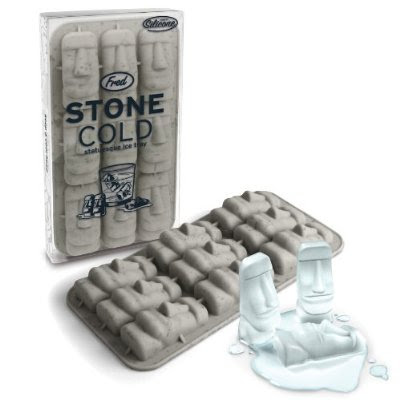 Seriously, how can you live without an ice cube tray that makes Tiki ice cubes?
Posted by RLW at 3:31 PM 1 comment:

Some time ago a friend pointed me to a blog called Running With Tweezers as they were in the process of doing a series on no small political import... Namely eating a diet that related to what a too large portion of the USA lives on (the average for people on public assistance spend between $21 and $24 a week on food)... Hence the Eat on $30 project.

It was a good series  and Running With Tweezers is doing it again, read about it!
Posted by RLW at 10:12 AM 1 comment: 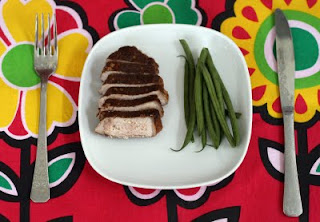 For those of us who are serious about chili we already know that Cocoa is a needful thing in the mix...

Which is why I'm surprised that other than Chile and doing a Mole that Cocoa in the galley does not get all that much use. Coconut & Lime as always  does her thing and rocks my world yet again with her Cocoa-Chile rubbed Pork chops.
Posted by RLW at 9:51 AM No comments:

RLW
I'm never sure whether to describe myself as a film maker who sails or a sailor/boatbuilder who makes films...Either way I'm a pretty happy camper when all is said and done.